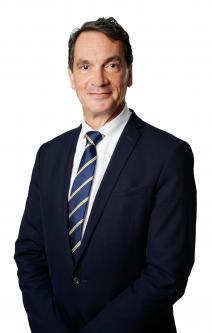 Gary joined the Company in 2003 and was appointed Chief Executive Officer and became a member of the Board of Directors in March 2013. He previously held the positions of Commercial Director and Chief Operating Officer. Gary has more than 30 years of operational management experience in the pharmaceutical and healthcare industry in Europe, Asia and Australia.

From 1994 to 1998, he was Chief Executive Officer at Ciba Geigy in Hungary (merged to form Novartis in 1996) where he led the successful launch of a portfolio of new products.  After a period of 3 years as an area manager for Novartis responsible for 9 countries in Asia Pacific in 2001 he joined Novartis Australia as Group Company Head and Chief Executive Officer of its Pharmaceutical Division, successfully launching leading oncology and ophthalmology products. Gary holds a BPharm in Pharmacy with honors from Nottingham University in the UK and an MBA from Henley Management College. Gary is a Graduate Member of the Australian Institute of Company Directors.