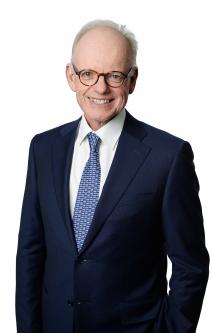 Malcolm has been a member of the Board of Directors since July 2003 and Board Chair since 2012.  He is a former investment banker serving in leadership roles with global organizations and was previously a commercial lawyer.   He was previously a director of Grant Samuel, the investment banking and funds management group from 1999 to 2009.  Malcolm previously served for 10 years as Managing Director of Investment Banking at County NatWest and its successor organization Citigroup, and in various executive roles with Morgan Grenfell (now Deutsche Bank) in Melbourne, Sydney and London.

Malcolm has worked with many high growth companies across various industry sectors and has experience in debt and equity finance, mergers and acquisitions and privatisations.  He has led more than 50 initial public offerings and significant secondary offerings for companies, institutions and governments.  Malcolm is a director of the blood cancer co-operative clinical trials group Australasian Leukaemia and Lymphoma Group (ALLG), Actinogen Medical Limited (ACW) and Core Lithium Limited (CXO) and is Chairman of Fitzroy River Corporation Limited (FZR).  Mr McComas was previously a director of Royalco Resources Limited.

Malcolm is a member of the Audit Committee and the Remuneration and Nomination Committee.