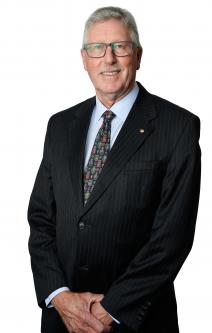 Will has been a member of the Board of Directors since June 2008. He has over 40 years’ experience in the global pharmaceutical industry, most recently as the managing director of the Australian subsidiary of Merck & Co., a position he held from 1997 until his retirement in 2008.

During his career Will has held executive positions in both Europe and Australia for Merck and AstraZeneca. He is experienced in sales and marketing and has been responsible for international product launches and commercialisation of respiratory products.

Will was chair of Medicines Australia, and the Pharmaceuticals Industry Council from 2008 to 2012. He is also the former Chair of EnGeneIC Ltd, an unlisted Australian biotech company, and was a non‐executive director of two Sydney based unlisted start‐up companies, Kinela and Perx Health, between 2017‐21. He is currently on the board of the National Return of Unwanted Medicines Ltd, a Commonwealth government funded body, and One Disease Ltd, a charity dedicated to eliminating crusted scabies from the Aboriginal population.

Will holds a Bachelor of Science, Physiology & Chemistry from the University of London and is a Graduate of the Australian Institute of Company Directors.

Will is Chair of the Pharmaxis Audit Committee and a member of the Remuneration and Nomination Committee.