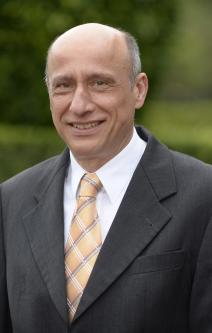 Wolfgang joined Pharmaxis in September 2010 as Manager in vitro Pharmacology and was appointed Head Drug Discovery in August 2012.

He has more than 20 years’ experience in pharmaceutical drug discovery and has published more than 20 peer reviewed articles. From 2002 to 2010 Wolfgang was Director of Assay Development and Compound Profiling at the GlaxoSmithKline Center of Excellence in Drug Discovery in Verona, Italy. In addition to chairing early drug discovery efforts locally he also had global responsibilities for ion channel screening and implementing safety-related screening. From 1998 to 2002 he worked at the Neuroscience Center of Merck, Sharp and Dohme in Harlow, England, as Senior Research Scientist in the electrophysiology group. Wolfgang previously spent 8 years as post-doc at the Max-Plank Institute in Munich, Germany; Baylor College of Medicine, Houston, Texas; Rammelkamp Center, Cleveland Ohio; and University of Heidelberg, Germany.