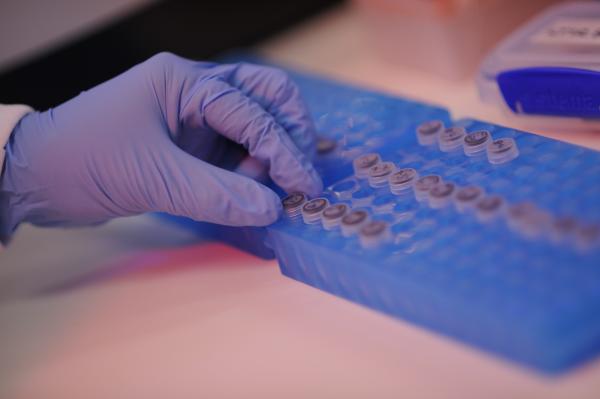 Pharmaxis has developed a dual SSAO and monoamine oxidase-B (MAO-B) inhibitor that has the potential to enhance the SSAO inhibition efficacy through enhanced chemistry to target the additional MAO-B pathway.

In September 2020 Pharmaxis was awarded an Australian Government Biomedical Translation Bridge (BTB) grant of $1 million. Delivered by MTPConnect, the program  is a Medical Research Future Fund initiative that aims to turn innovative medical ideas into reality.

The matched funding will allow Pharmaxis to take the drug (PXS-4699) through to the commencement of human clinical trials.  A planned comprehensive program of pre-clinical studies will build on the pioneering work already conducted on Pharmaxis compounds by independent international researchers focused on Duchenne Muscular Dystrophy (DMD). PXS-4699 is a dual amine oxidase inhibitor which is expected to protect muscle and reduce inflammation as well as organ fibrosis in DMD. It is hoped this could result in better daily functioning for patients, improved quality of life and longer life expectancy.

DMD is a devastating genetic disorder in one in 3500 live male births, affecting thousands of Australians. Characterized by muscular degeneration, with dramatic debilitating effects on mobility and daily functioning from a young age, and much reduced life expectancy, DMD is a tremendous burden to patients and caregivers. New treatments, including gene therapies, are being developed, however current efficacy and side effect data suggest that a significant need for alternative or additional treatment options remains.

Pharmaxis has developed an anti inflammatory drug that has the potential to amplify the effect of SSAO inhibition on inflammation through enhanced chemistry to target the additional myloperoxidase (MPO) pathway.

A lead candidate has been identified that demonstrates efficacy in several preclinical models of inflammation. Preclinical tox studies are now completed so that the compound is capable of progression into phase 1 clinical trials. No further development is planned at this stage.