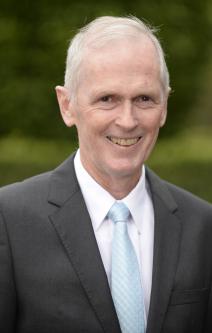 David has been Chief Financial Officer and Company Secretary since December 2002. He is a seasoned CFO with thirty years’ experience building and funding Australian based companies from inception to globally successful enterprises.

From 1998 to 2002 David served as Chief Financial Officer of the Filtration and Separations Division of US Filter. From 1985 to 1997 he served as Chief Financial Officer of Memtec Limited. While at Memtec and US Filter, David oversaw the US listing of the company on the Nasdaq Global Market and the New York Stock Exchange and managed numerous international merger and acquisition transactions. From 1975 to 1985, he held various positions at PriceWaterhouseCoopers.

David holds a BA in Accounting from Macquarie University and was admitted to the Chartered Accountants Australia and New Zealand in 1981. David is a Graduate Member of the Australian Institute of Company Directors and a Fellow of Governance Institute of Australia.