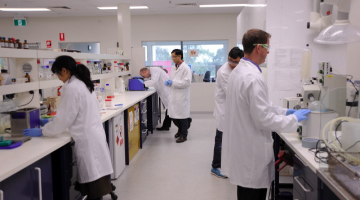 The Pharmaxis drug discovery group has developed a number of selective small molecule inhibitors to the LOXL2 enzyme utilising the same amine oxidase platform that delivered the anti-inflammatory drug that was acquired by Boehringer Ingelheim in 2015. The LOXL2 enzyme is fundamental to the fibrotic cascade that follows chronic inflammation in the liver disease NASH, cardiac fibrosis, kidney fibrosis, and idiopathic pulmonary fibrosis (IPF), and it also plays a role in some cancers.

In January 2019 Pharmaxis announced that, following completion of phase 1 studies demonstrating a best in class profile and 13 week toxicity studies, the LOXL2 drug candidates were ready to enter phase 2 clinical studies for diseases such as NASH, IPF and cardiac fibrosis.

Extensive pre‐clinical showed the compounds displayed all the characteristics of a successful once a day, oral drug showing excellent efficacy in several different in vivo fibrosis models including fibrosis of the liver, lung, kidney and heart.

The company has entered partnering discussions with a number of pharmaceutical companies interested in drug development for the range of diseases where fibrosis is not being adequately treated. 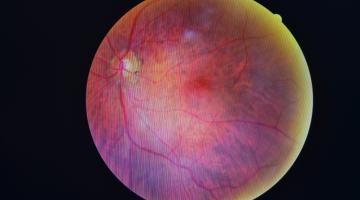 Boehringer Ingelheim is conducting clinical trials on the Pharmaxis drug discovery now known as BI 1467335 for the treatment of diabetic retinopathy (DR), a leading cause of blindness.

BI 1467335 was acquired by Boehringer Ingelheim in 2015 with an upfront payment to Pharmaxis of $41 million to initially study the chronic liver condition NASH.

Boehringer initiated phase 2a proof of clinical principle trials for NASH in August 2018 and then for diabetic retinopathy in January 2018. The achievement of these development milestones resulted in Pharmaxis receiving a total of €28 million (A$42 million) in the 2018 financial year. In December 2019, following a 12 week Phase IIa trial investigating BI 1467335, it was announced that while the drug had met its safety and efficacy endpoints Boeringer Ingleheim had decided to discontinue studies in NASH due to a potential for drug interactions in NASH patients.

The Phase IIa study in diabetic retinophathy continues. Known as ROBIN (Randomized study of Orally administered BI 1467335 in patients with Non-proliferative diabetic retinopathy without center-involved diabetic macular edema), it is due to report in the second half of 2020.

Diabetic retinopathy is a complication of diabetes that affects the back of the eye. When people have high and varying blood sugar levels, the blood vessels in the retina can become irreversibly damaged. This can lead to loss of vision and eventually blindness. Diabetic retinopathy is the leading cause of vision-loss in adults aged 20-74

Details of the DR clinical trial can be found here. 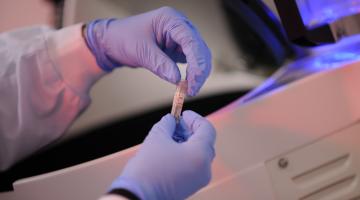 This follows positive results for the anti‐fibrotic Lysyl Oxidase (LOX) inhibitor in phase 1b and long-term toxicity studies. The multiple ascending dose stage of Phase 1 trial demonstrated a well-tolerated drug that effectively inhibits all enzymes in the lysyl oxidase family that are involved in fibrosis.

“Myelofibrosis is a cancer with a poor prognosis and limited therapeutic options. Pharmaxis believes that the current treatments can be augmented by use of a pan-LOX inhibitor and be disease modifying in a market that is conservatively worth US$1 billion per annum.”

PXS-5505 has been granted Orphan Drug Designation by the US Food and Drug Administration. Read the media release.

Pharmaxis has submitted an Investigational New Drug (IND) application to the FDA for a planned phase 1/2 study for the treatment of myelofibrosis. The protocol incorporates a one-month dose escalation phase followed by six months’ treatment in an open label study of patients who are not on a JAK inhibitor. The study is planned to commence in the December quarter of 2020 and is expected to conclude in 2022. Read the media release.